Every day as an academic advisor at Mizzou, Rebecca Fallon puts to good use the strategic communication skills that come with her bachelor’s degree in journalism. And although her career path began with the Missouri College Advising Corps (MCAC), her knack for connecting with students extends from her personal experiences. 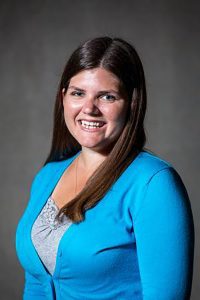 Rebecca Fallon, political science and economics academic advisor, was awarded the MACADA Outstanding Academic Advising Award for Primary Role. She has been in her position since April 2014 and previously received the Advisors Forum Excellence in Advising Award last May.

“I’m a first-generation college student, and that’s the main target of MCAC,” says Fallon of the program that embeds advisors in high schools to help students apply for college. “As corny as it sounds, it really did change my life.”

Originally from Tampa, Florida, Fallon came to Mizzou for the J-School and made it her permanent home. After working with MCAC for two years at rural schools in Sullivan, Missouri, she returned to Columbia in 2012 to take a job as a financial aid advisor. In 2014, another academic advising position opened up in the political science department and later, an opportunity to advise economics students as well.

“I actually wasn’t even aware that I was nominated for it, so it was kind of shocking when they sent me an email,” Fallon says. “It’s humbling to have your colleagues nominate you, and I’m really proud to represent Mizzou.” 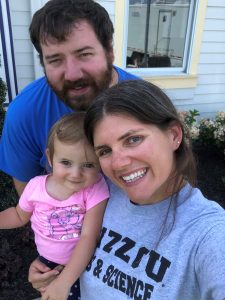 When Fallon isn’t working as an academic advisor, she’s at home with her 21-month-old daughter, Blake. She met her husband, Jeremy Shewmaker, BA ’10, JD ’16, at Mizzou, and she’s hopeful Blake will continue the Tiger legacy.

“We like to take road trips and explore little areas throughout Missouri and the Midwest,” Fallon says. “We kind of have a soft spot for St. Louis in the summer, and we really love to go to the Muny and see shows.”

Above all else, Fallon values connections. As an alumna and a staff member, she has a different perspective of campus. Her own experiences as a student help her connect with students, whether that means reminiscing about her days as a freshman in Gillett Hall or talking about the MU traditions that remain etched in her memory. As a staff member, she’s able to work with other advisors across campus and trade ideas to see what works best for her students.

“When you’re talking about advising, it’s a conversation,” Fallon says. “You’re trying to connect with someone and empower them to ask the right questions. But you can’t help them be motivated if you don’t have that connection at first.

“It all comes back to trying to make connections with people. Not just students, but people.”