At the peak of Flattop Mountain, just east of Anchorage, Alaska, hikers are treated to a breathtaking view of the 49th state’s largest city from 3,245 feet above sea level. Lifelong educator and author Tia Brown McNair was sure to take a gander in 2017 while visiting the University of Alaska, Anchorage.

The trip — facilitated by André Thorn, then the director of the institution’s multicultural center and now the director of MU’s Center for Academic Success and Excellence (CASE) — was one of several taken to discuss the themes in the book she co-authored, Becoming a Student-Ready College: A New Culture of Leadership for Student Success (Jossey-Bass, 2016). 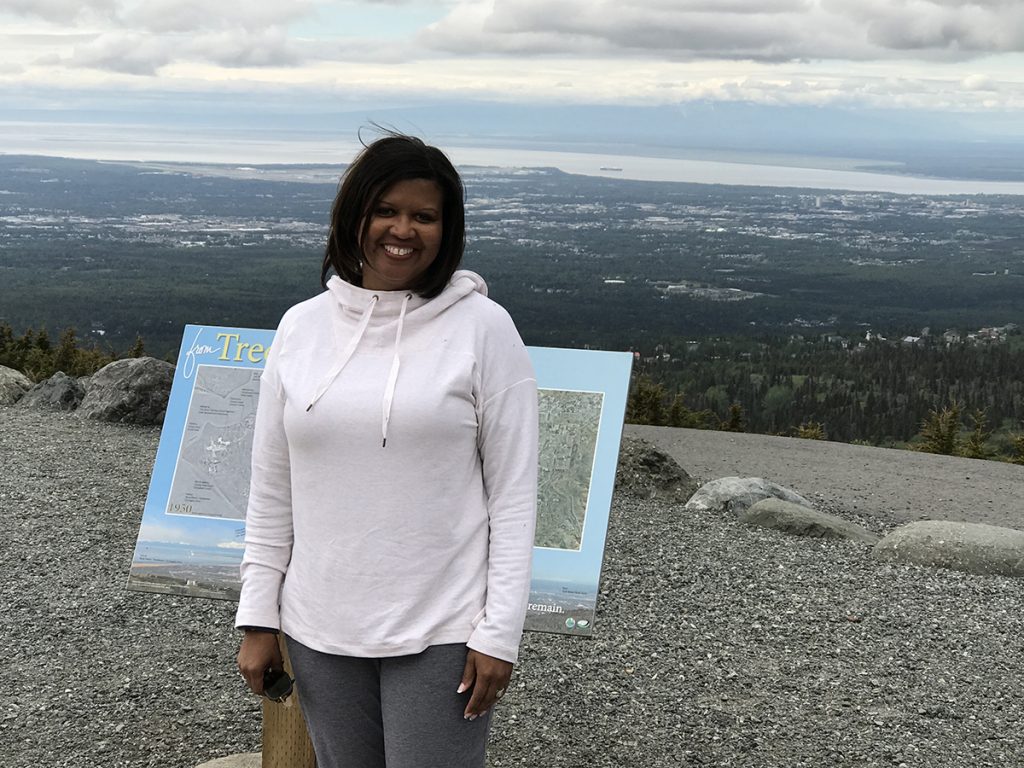 Education scholar and author Tia Brown McNair visited the University of Alaska, Anchorage, in 2017. This semester, she leads a discussion about her book about making institutions of higher learning “student ready,” hosted by the College of Engineering and CASE.

Surveying higher education’s landscape from above is nothing new to McNair. So, when Thorn invited her to Mizzou to kick off a semester-long series of discussions about her book — cohosted by CASE and the College of Engineering to improve the academic unit’s underrepresented minority graduation rates — she was eager to help.

The first session on Jan. 27 was an introduction, an opportunity for staff at the college to hear why the book’s ideas are important to the dean and how they align with the goals of the college and the institution. “It was a collaborative discussion. It was a sense-making discussion,” McNair says. “I raised a lot of questions for participants to consider as they work their way through the book, as they have higher levels of intentionality and accountability.”

McNair is also the vice president in the Office of Diversity, Equity, and Student Success and the executive director for the Truth, Racial Healing, and Transformation Campus Centers at the Association of American Colleges and Universities in Washington, D.C. 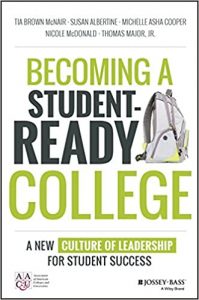 Instead of focusing on student preparedness for college (or lack thereof), McNair’s book asks the more pragmatic question of what are colleges and universities doing to prepare for the students who are entering their institutions? Her next book is slated for a 2022 release.

Her book flips the traditional focus in higher education from college-ready students to how institutions can create educational environments that better facilitate the success of students. Noah Manring, interim dean of the College of Engineering, reached out to collaborate when Thorn was hired in June 2020.

“Our underrepresented minority students may not be as well prepared as their counterpart majority students,” Manring says. “Tia Brown McNair tells us to embrace that fact not as a deficit, but as an opportunity to design practices, systems and polices that can better serve and educate our students. She’s really trying to calibrate us. Our students might arrive without the physics, math, chemistry — so they will need to be addressed in a different way.

“The bottom line is that what we’ve been doing in the past has not been working in terms of serving underrepresented minority students.”

“Infusing High Impact Practices (HIPs) allowed us (at the University of Alaska, Anchorage) to achieve some of the highest retention and persistence rates in institutional history,” Thorn says. “The goal was to change the institution, not the student.

“I believe that having Dr. Brown McNair come to the Mizzou campus to share with us and infuse these strategies and techniques will allow us to achieve increased levels of student success within the College of Engineering.”