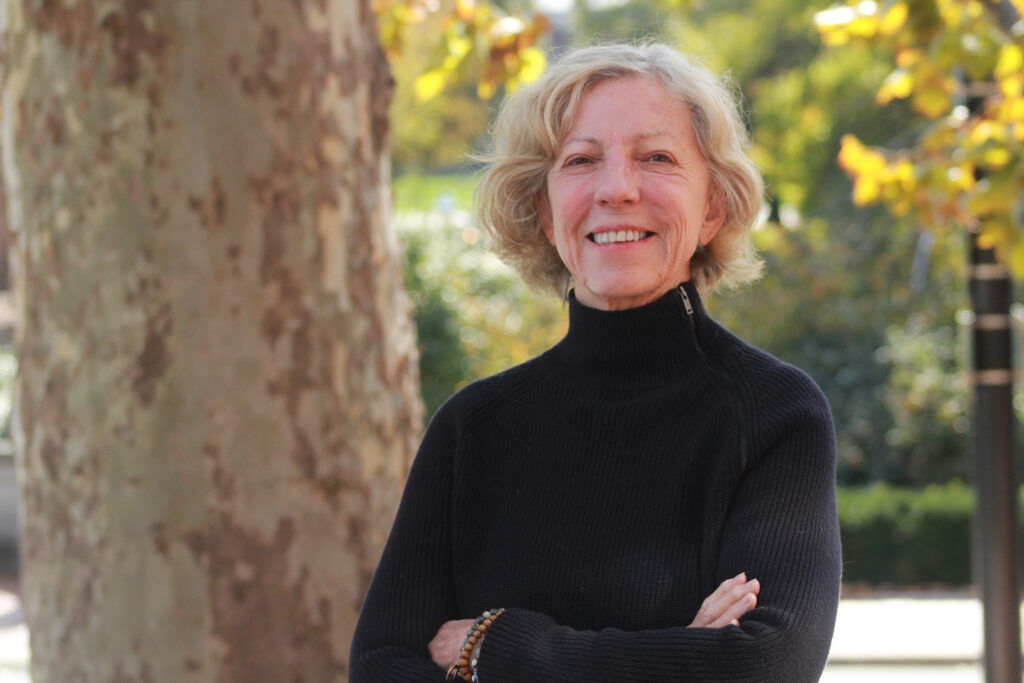 Jeanne Abbott, associate professor of journalism, received the O.O. McIntyre Professorship at the Missouri School of Journalism in May 2019. Photo by Ashley Dorf

Jeanne Abbott always knew she would end up at Mizzou. She grew up in St. Louis and moved to Columbia for her senior year of high school. Mizzou was a given, but majoring in journalism wasn’t.

“About the end of my sophomore year, when I really had to declare my major, I was walking through campus and I saw the journalism school,” Abbott says. “So, I signed up and it was perfect.”

She returned to Mizzou three times, first for a master’s degree, then a PhD and finally to join the J-School as a Knight Fellow in 2007. The next year, Abbott was appointed managing editor for the Missourian and joined the faculty.

Abbott spent a lot of time in the newsroom, both at Mizzou and at large. At her first job as a reporter for the Anchorage Daily News in Alaska, she covered environmental stories including pipeline construction and native land claims. She later worked at the Sacramento Bee in California and the Des Moine Register in Iowa, writing mostly feature stories.

“It was a feisty, interesting paper and the news was incredible in Alaska,” Abbott says. “It was a great place to be.”

When Abbott got the invitation to return to Mizzou in 2007, she was ready for her own personal Homecoming.

“The Missouri School of Journalism is a comforting, welcoming place,” Abbott says “It just felt like home to me, and I’ve always loved the newsroom.”

Abbott believes the newsroom is where the most important learning takes place. It is in this “laboratory” where students gain invaluable hands-on experience writing stories circulated to thousands of readers.

“We’ve learned over the past 109 years that learning by doing is the best way to prepare a student for working in the field,” Abbott says. “The proof is in the students who graduate and get excellent jobs right off the bat.”

In 2018, Abbott was honored with the O.O. McIntyre Professorship for Teaching Excellence, an award recognizing outstanding educators in the School of Journalism. Abbott’s nominators referenced her “selfless nature, great teaching and fearless attitude.” The award surprised Abbott, who thinks of herself as one of many great educators in the journalism school.

“It’s lovely and I’m glad that I was honored,” Abbott says. “But it’s good, I think, that it goes to someone new every year.”

Abbott has been teaching in the Missourian newsroom for 11 years, and it shows in her teaching style. She embodies the Missouri Method and encourages students to give their all to every story. She recalls several moments when she pushed students, in one case even making one of her reporters call every college campus in Missouri to find out if they supported guns on their campuses.

“It really does take a village to create a story you’re proud of,” Abbott says. “When you work really hard on a story and it pays off, it feels really good.”