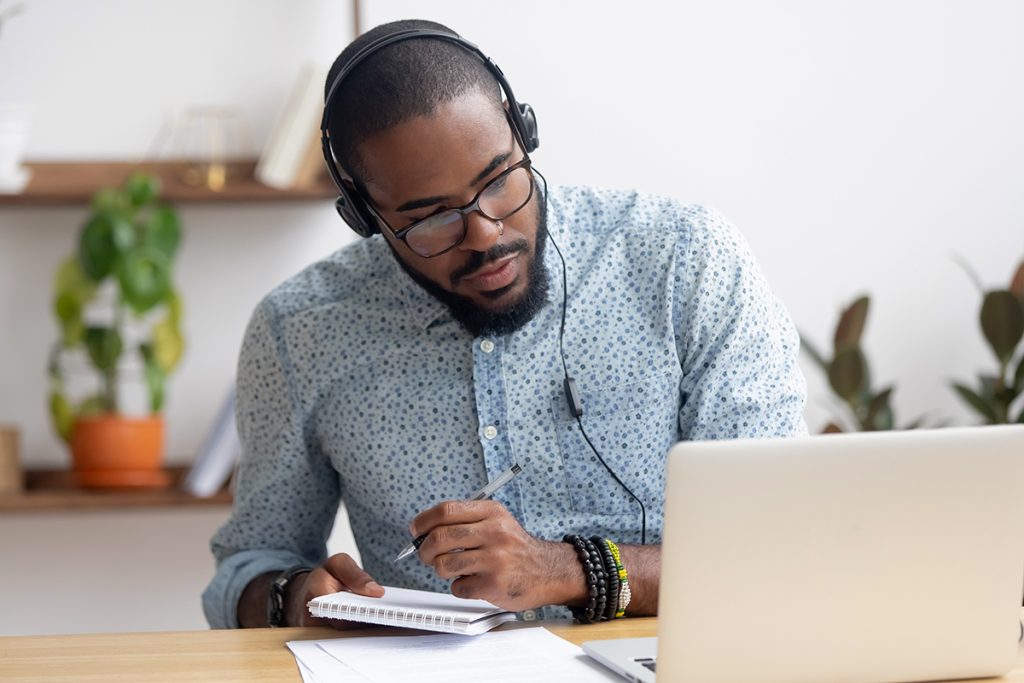 Dozens of employers hire Mizzou students and alumni through the Career Fair Plus app, a tool used for online interviewing and recruitment.

A launch pad and a career fair might seem vastly different at first glance. But after countdown and fiery ignition, both exciting platforms propel ambitious pioneers into the stratosphere and beyond.

The UM System is hosting its first-ever multi-campus virtual hiring fair from 9 a.m. to 5 p.m. (CST) Tuesday, April 27, 2021. Featuring employers that traditionally recruit from MU, as well as several new ones that typically have not, the event is hosted by the Career Fair Plus app and open to all majors. Attendees may begin scheduling one-on-one appointments with employers at 6 p.m. Monday, April 19.

“This is a chance for students to get hired closer to the end of their time at Mizzou, so we’re focusing on seniors who are still looking for employment,” says Luke Gorham, career services coordinator at the MU School of Health Professions. “But it’s also for students looking for part-time summer work and internships heading into the summer. It’s a chance for employers who have recruited from all four UM System campuses to come to one event.”

Career Fair Plus, formerly more of a companion tool for in-person career fairs, has taken off during the pandemic. The app streamlines the research and preparation process for students, and it provides group settings in addition to one-on-one meetings. 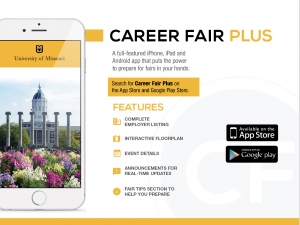 The Career Fair Plus app allows candidates to schedule interviews and interface with employers.

“One of the benefits of the virtual environment is that some people feel more comfortable in the one-on-one sessions,” says Hussain Frosh, cofounder of Career Fair Plus. “A lot of people don’t want to feel that a hundred classmates are observing their interactions. They know they have a dedicated time slot of 10 minutes.”

National, local and statewide employers include AT&T, Central Bank of Boone County and the Missouri Department of Transportation. Even if the process doesn’t result in an employment match, the experience is good practice for young professionals.

“I am starting to love virtual career fairs because I can have an allotted time to speak to professionals in a quiet room,” says Emma Sweeney, junior finance and banking major from Lake Saint Louis, Missouri. “The virtual aspect allows me to form better connections with recruiters, ask more detailed questions, easily connect with them on LinkedIn or follow-up with an email.”