André Thorn spent 12 professionally formative years at Mizzou helping students succeed while solidifying his philosophies in higher education. Among his myriad accomplishments here, he earned a graduate certificate and PhD, wrote his dissertation on African American student support systems in predominantly white institutions and cut his teeth as an assistant director at what was then called Academic Retention Services (ARS). 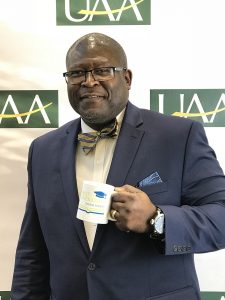 André Thorn, former director of the Multicultural Center at the University of Alaska, Anchorage, returns to Mizzou as the director of CASE.

But at his most recent position, director of the Multicultural Center at the University of Alaska, Anchorage (UAA), Thorn sunk his teeth — into whale blubber, aka muktuk.

“I had to adjust to a different definition of ‘diversity’ in Alaska,” says Thorn, who started at UAA in 2011. “Indigenous, Russian and other nationalities from around the globe. I’ve tried many different types of cuisine.”

Thorn returns to Mizzou this summer to direct the Center for Academic Success and Excellence (CASE).

Born in Louisiana and raised in Las Vegas, Thorn says he resisted the omnipresent temptations of the legendary city en route to a bachelor’s degree in criminal justice and a master’s degree in counseling and educational psychology at the University of Nevada, Reno. But as a first-generation college graduate, his family needed some convincing when it came to dedicating time and resources to his education.

“I have a hidden talent; I play baritone horn,” says Thorn, who founded Nevada–Reno’s first black fraternity, Kappa Alpha Psi. “I landed a music scholarship and played in the marching band. It was important for me to think about ways to minimize distractions.”

Thorn made his way to Missouri thanks to his Kansas City-native wife, Stephanie White Thorn, and an assistant director position at ARS, where he settled in for 12-plus years. Toward the end of his first Mizzou tour, he worked for Jim Spain, vice provost for undergraduate studies, as an institutional research analyst while putting the finishing touches on his doctorate. 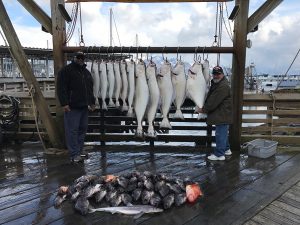 “We are excited to have Dr. Thorn returning to Mizzou,” Spain says. “He had a very positive impact during his previous tenure at MU. At UAA, his leadership helped make important progress in student programs leading to gains in student success.”

Thorn is a passionate advocate for what the Association of American Colleges and Universities calls “High Impact Educational Practices.” The list includes elements such as learning communities, writing-intensive courses, service-learning and undergraduate research — all hallmarks of the Mizzou undergraduate experience.

“I’m excited about the pipeline programs and other programs Mizzou has in strategic places throughout the state — Kauffman Scholars, Summer Bridge, etc.” Thorn says. “Mizzou has evolved over time to put CASE in the position it’s in. I am excited to get students engaged and connected with Mizzou before they step foot on campus.”