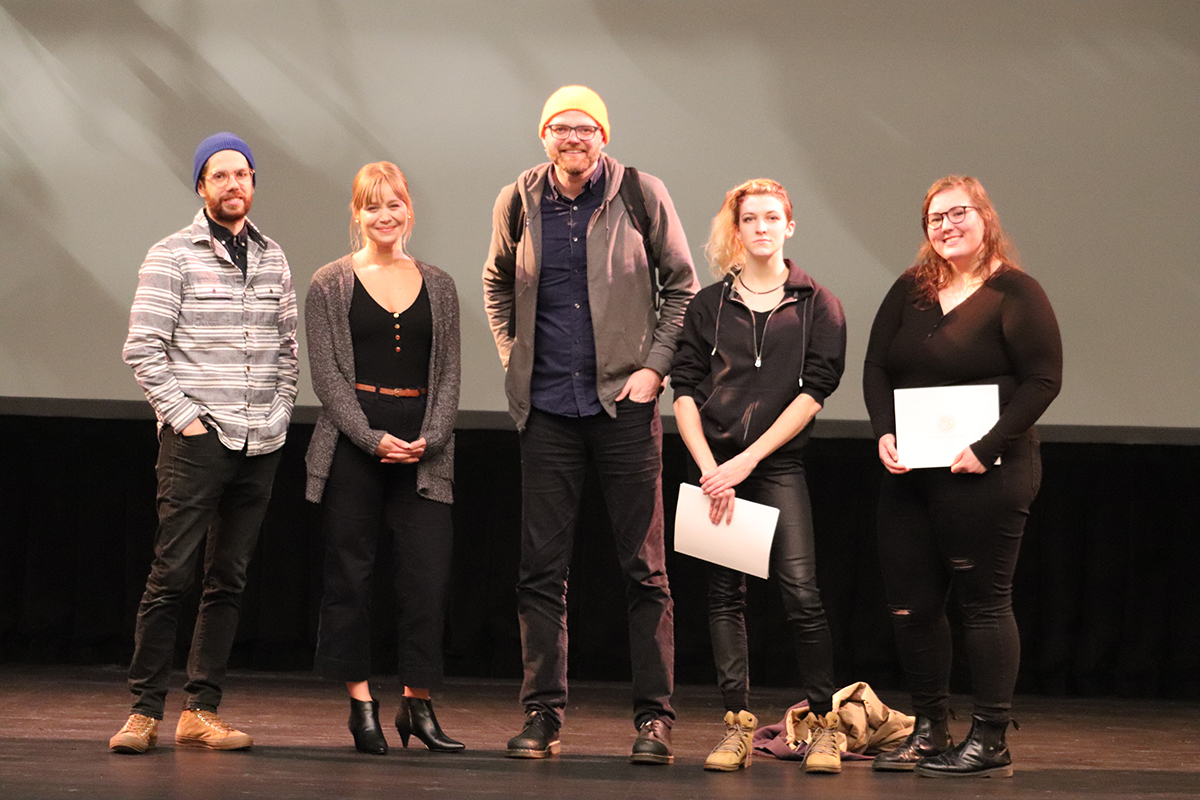 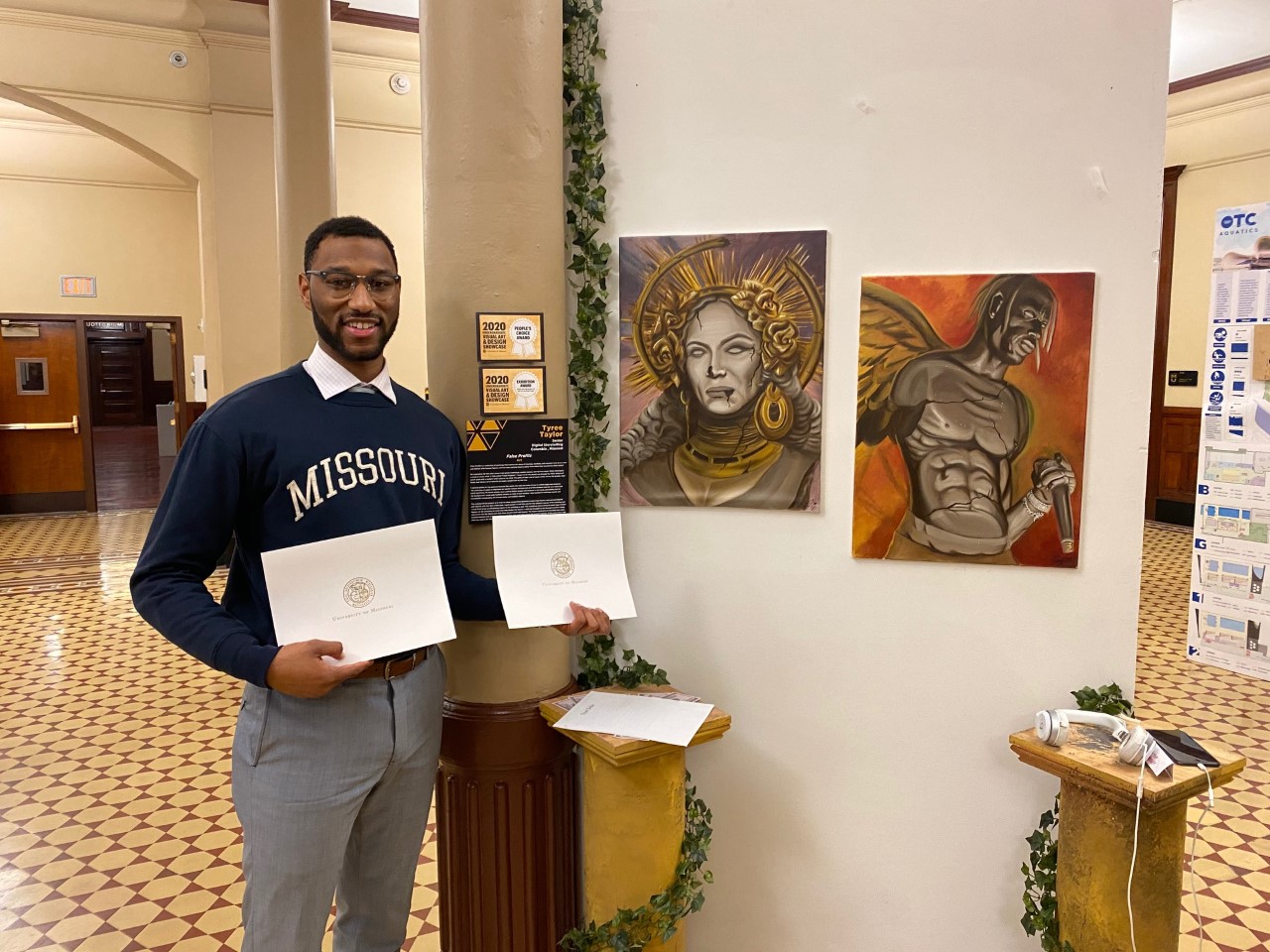 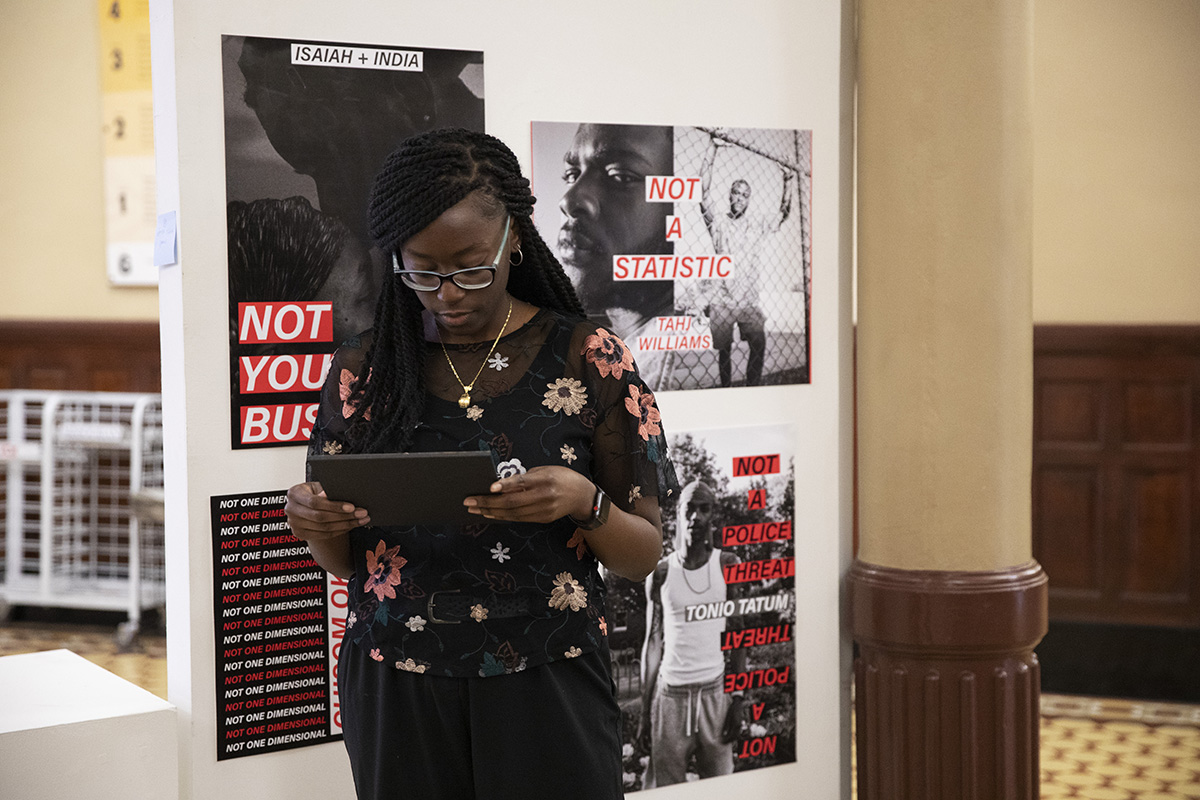 Jessica Tifase goes over the finishing touches for her exhibit Caged Birds, which won the Jury Award Runner-Up Prize for artistic expression. The jury described the series as “a relevant and bold contemporary body of work effectively combining social, political and personal voices.” 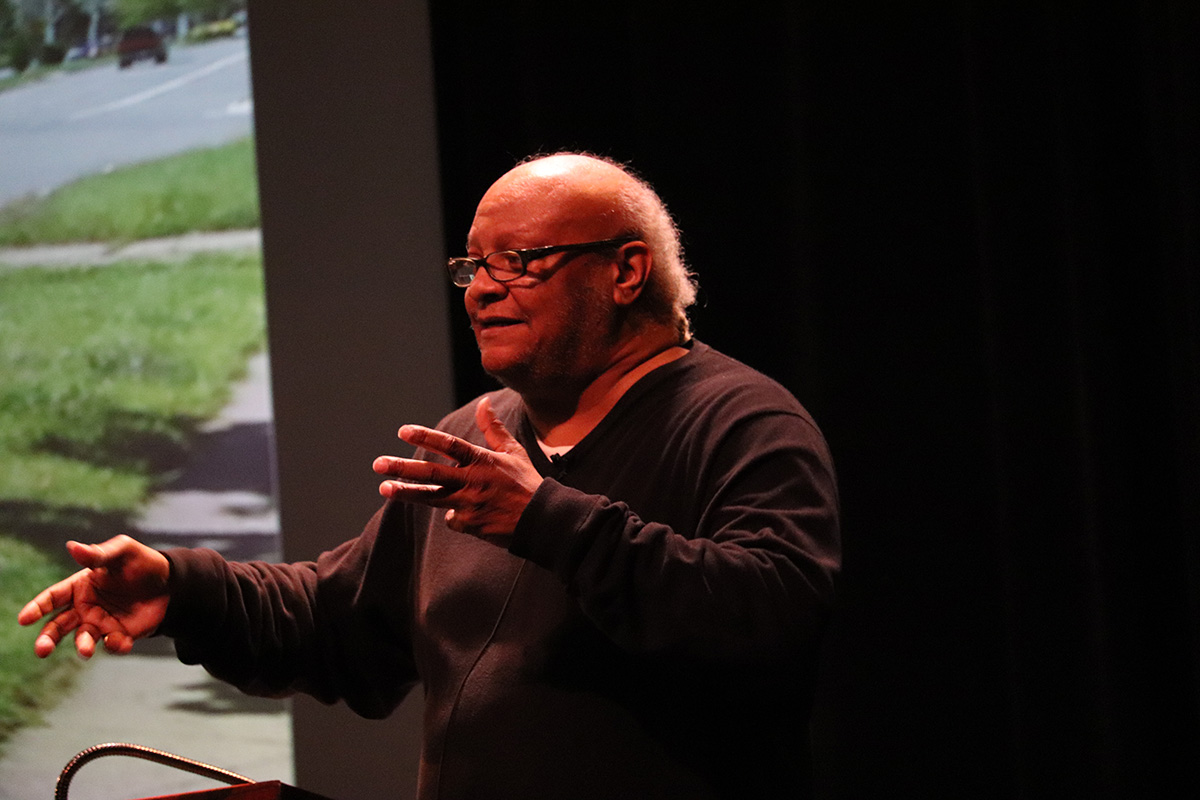 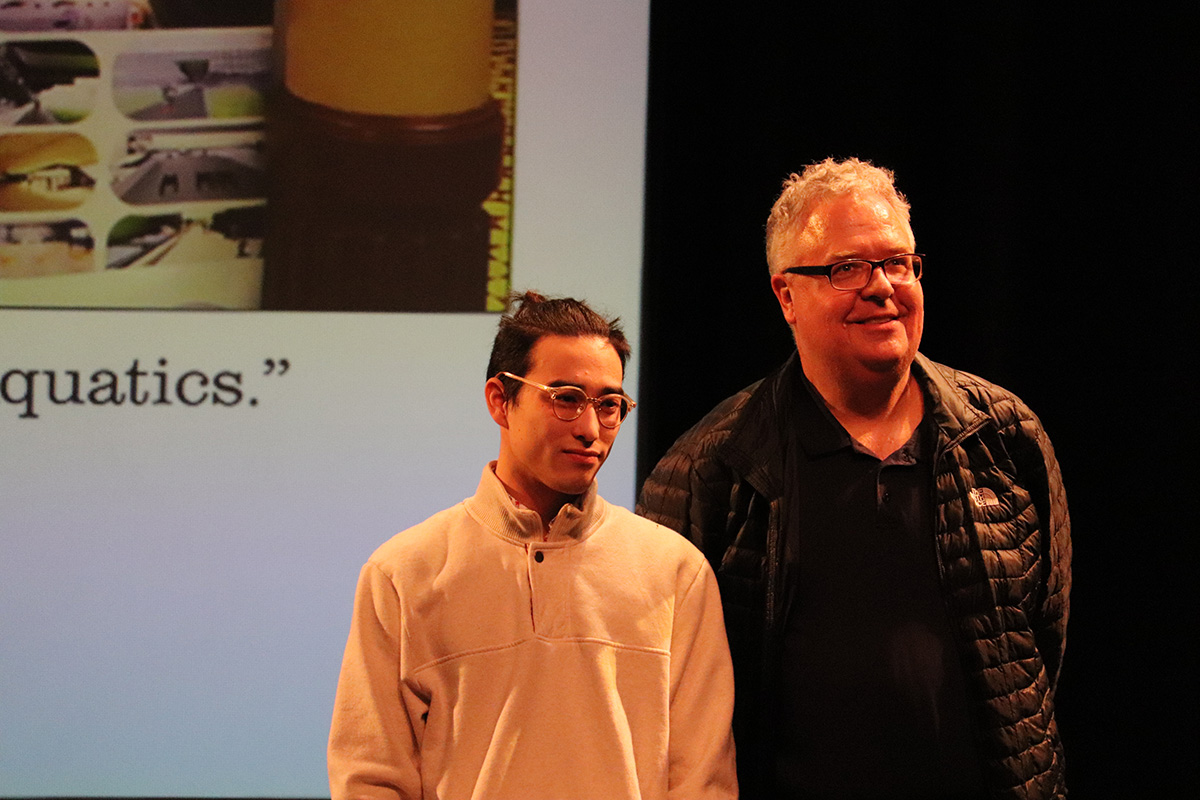 Andy Kreiter (left) took home the applied design grand prize for OTC Aquatics, a project noted for its “professionalism, thought and attention to detail” by the jury. Mentor Robert Walsh, professor of architectural studies, joined him on the stage.

It was another exuberant and energetic Visual Art & Design Showcase (VADS) as the fifth annual event wrapped up its 2020 festivities. Despite multiple snow and ice storms — one of which closed campus — the keynote speaker address and award ceremony brought out students, staff, faculty and alumni to celebrate artistic expression and design among Mizzou’s undergraduates Feb. 12, at Jesse Hall.

Guest lecturer Craig Wilkins delivered his keynote address on the importance of community collaboration, highlighting his upbringing in Chicago as well as his multifaceted art and design career throughout the U.S.

“You have power,” Wilkins encouraged the attending artists. “You have knowledge and you have skills. Own your position as public intellectual, because people need to know what you know.”

Jim Spain, vice provost of undergraduate studies and the evening’s emcee, introduced the 2020 VADS award winners beginning with those selected by guest jurors Sasha Waters Freyer, Hitomi Gilliam and Thomas Piché Jr. Spain specially thanked local radio station KOPN, which featured three VADS students on its show “Speaking of the Arts” and provided its studio to record the live jury discussion which was snowed out Feb. 5.